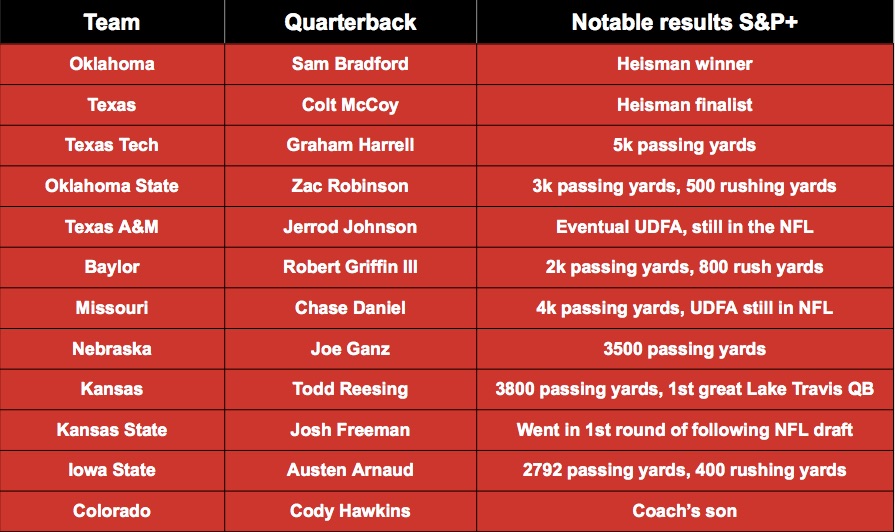 I don’t think most pundits or fans have fully grokked how good the Big 12 might be in 2017. This has almost always been a QB-driven league, at least since Mike Leach transformed it by bringing the Air Raid and Texas HS football became a frontier for spread tactics. There have been some seasons where the Big … END_OF_DOCUMENT_TOKEN_TO_BE_REPLACED With the various coaching moves and NFL decisions all starting to fall into place it’s time to take my initial look at the Big 12 for 2017. Most of the big moves suggest a lot of positive continuity for the league save of course for at Texas and Baylor, who snagged two of the more … END_OF_DOCUMENT_TOKEN_TO_BE_REPLACED