When I randomly get an interesting question like this:

@Ian_A_Boyd Can you explain to me the difference in the SS & FS as it pertains to most big 12 teams? It seems different than pros?

I reckon it’s about time to do a Twitter-bag. I might try to do some of these on the “expansion candidate” podcast so fire more at me on Twitter @Ian_A_Boyd if you like, but for now I’ll do some here. Starting with my man Ryan, here.

So, the terms “strong” and “free” safety relate to how they align to an offensive formation. The “strong” safety aligns to the strong side of the formation, which used to be pretty consistently the strong side both in regards to the pass or the run since it’d be determined by the tight end. So he’d often line up closer to the line and track the tight end, who’d often lead him to the ball in the run game as well. That’s why the “strong safety” position is often used interchangeably with a box or run-stopping safety in describing the role.

The “free” safety wasn’t tied to a part of the offensive formation and was thus “free” often to drop into deep middle zone. That’s why the “free safety” position role is often used interchangeably with a deep, single-high safety.

With the single-back offense typically utilizing three receivers and a tight end, many defenses began to treat the side of the formation with the slot receiver as “the strong side” since that’s where the offenses’ passing strength was located. At this point, strong safety became more of a coverage position and free safety often the guy who might end up in the box supporting the run.

Nowadays, up-tempo spread tactics have led many defenses to treat the wide side of the field as the strong side and the short or “boundary” side of the field as the weak side. Then they’ll align a more coverage-oriented and rangy “strong safety” to the field where an offenses’ greatest passing strength is often found and then a sturdier “free safety” to the boundary where he’s often playing in more of a run-support role.

For most schools in the Big 12, the strong safety is the field safety and the free safety is on the boundary. There are exceptions, of course.

If you have a question on how a particular school labels them just ask me and I’ll clear it up as best I can.

What do you make of the skepticism of some big12 coaches on our defense perhaps being too “fancy”? https://t.co/krB6KW1iWH

This was asked in reference to Todd Orlando taking over the Texas defense with his blitz-heavy scheme. The concern voiced in the Athlon quote by an anonymous Big 12 coach was more or less my concern on LSU’s behalf when Dave Aranda took a very similar defensive scheme to Baton Rouge from Wisconsin. I reasoned that what worked with versatile, Wisconsin farm boys and walk-ons who’d been playing in the system for a few years may not work with LSU’s freakish athletes who were already thriving in something simpler. For instance, why draw up complicated ways to bring four pass-rushers in front of quarters coverage if you can just play man and turn a kid like Arden Key loose on the edge?

But Dave Aranda seemed to be thinking along the same lines and thus far at LSU he’s emphasized his own ability to teach base defense over installing the more complicated schemes.

In Texas’ case, I think Todd Orlando can probably meet things halfway. On the one hand he has inherited a secondary filled with future NFL athletes, so there’s little reason to get very complicated on the back end. On the other hand, Texas’ linebackers may have been lost a year ago but there’s a lot of them and they aren’t dumb. I think Orlando will simplify where he has to but his roster is already designed to attack via the linebacker blitz. It’s not like he’s inherited a defense with a pair of star DEs and he’s trying to drop them back into zone while firing unathletic LBs into the backfield.

Certainly at a school like Texas you need to make sure that you are allowing your athletic advantages to shine on the field, but if you CAN teach more complicated stuff effectively, why not? The Orlando path to generating pressure on the QB is superior because it can pick apart weaknesses across the OL, wherever they are, and do so without committing too many pass-rushers as to get ripped in coverage.

Why does Glenn Spencer not understand that relying on red zone defense and turnovers to fuel success is not repeatable YR2YR?

Julian brought this up on the blog and on Twitter and I’ve been thinking a lot about it. His main citation was some stats by Phil Steele and Bill Barnwell that indicate that year to year turnover margins are random.

Now I’m a contrarian by nature, but that struck me as wildly implausible to start with. Isn’t turnover margin largely tied to winning games? If we look at a consistent winning program like Alabama we’ll find that their turnover margins are pretty inconsistent from year to year, sometimes positive and sometimes negative?
It also strikes me as ridiculous the notion that defenses shouldn’t orient their strategies around generating turnovers, as if turnovers were just manna from heaven that happened to fall on God’s chosen teams.
My first inclination to why that stat would be wrong was its macro-level, bird’s eye view. If you tell me that team turnover margins vacillate wildly from year to year when looking at teams as a whole, I would say “yeah, but so do win-loss records.” There are teams that win consistently, teams that lose consistently, and then teams that win some years and lose other years. Those teams in the middle are going to have bigger fluctuations that don’t necessarily tell us anything about the consistently good teams.
So I looked up OSU’s turnover margin (TO margin per game) over the course of this decade and found these results:
2016: +.7
2015: +1.2
2014: -.7
2013: +1.2
2012: 0
2011: +1.6
2010: +.9
That’s pretty good and pretty darn consistent. OSU has been close to having a +1 turnover margin in five out of seven seasons. OSU has also won 10 games in five out of seven seasons. Guess which seasons they didn’t win 10 games?
So it would seem that Glenn Spencer’s emphasis on getting turnovers has failed to have the negative impact that this broad statistical survey would suggest it would.
To test my other hypothesis, here’s Alabama’s turnover margin over the course of this decade:
2016: +.6
2015: +.5
2014: 0
2013: +.1
2012: +1.2
2011: +.7
2010: +.6
That’s pretty dang consistent, not random like those macro-level stats would have suggested, and consistently positive. However it’s very interesting that the team who’s DC puts a greater emphasis on turnover margin (OSU and Glenn Spencer) have actually outperformed Alabama in that statistic! That would also strongly suggest that Spencer is absolutely right to emphasize turnover margin when developing his defenses and choosing his tactics.
Now a quick side note on statistics…folks, stats can be wildly misleading. Statistical analysis is awesome and you can learn a ton from it, but it’s very easy to confuse yourself or other people with numbers. They can be manipulated or misunderstood VERY easily, especially when you’re trying to work out causal relationships in complex systems.
Take the 2016 election, for instance. What few people understood about all of the polls in that cycle is that the polling agencies would go out, get responses, and then re-weight their samples based on their BEST GUESS for what the demographics of the actual 2016 election would be.
I remember taking a few of the major polls and looking at their cross tabs. I reweighed their sample to feature stronger white turnout and lower black/hispanic turnout based on my own BEST GUESS that Hillary Clinton was not going to get the kinds of minority turnouts that the far cooler and more charismatic Barack Obama had enjoyed. I also figured white turnout would be up since it’d been underrated in 2012 and Trump was drawing huge crowds amongst demographics that’d seen decreased turnout in previous cycles, like working class white males.
What I got was a race that was something like 46.5% Clinton and 45.5% Trump. I reckon that if I’d had the resources to do a state by state breakdown based on the cross tab results amongst different demographics, I’d have been able to more or less nail the electoral map. All of that was based on polls I saw in September. While the horse race polls showed a wildly fluctuating race in which Clinton typically enjoyed close to a double-digit lead, I knew better.
Of course if my own BEST GUESS had been off, then I’d have been terribly wrong. I’d have been the guy who actually thought Trump was going to win while Clinton enjoyed the 350 electoral vote landslide commonly predicted by many experts.
Either way, statistics are very complicated things. Don’t be too sure that you understand a statistic, we’ve all been made to look like fools that way… 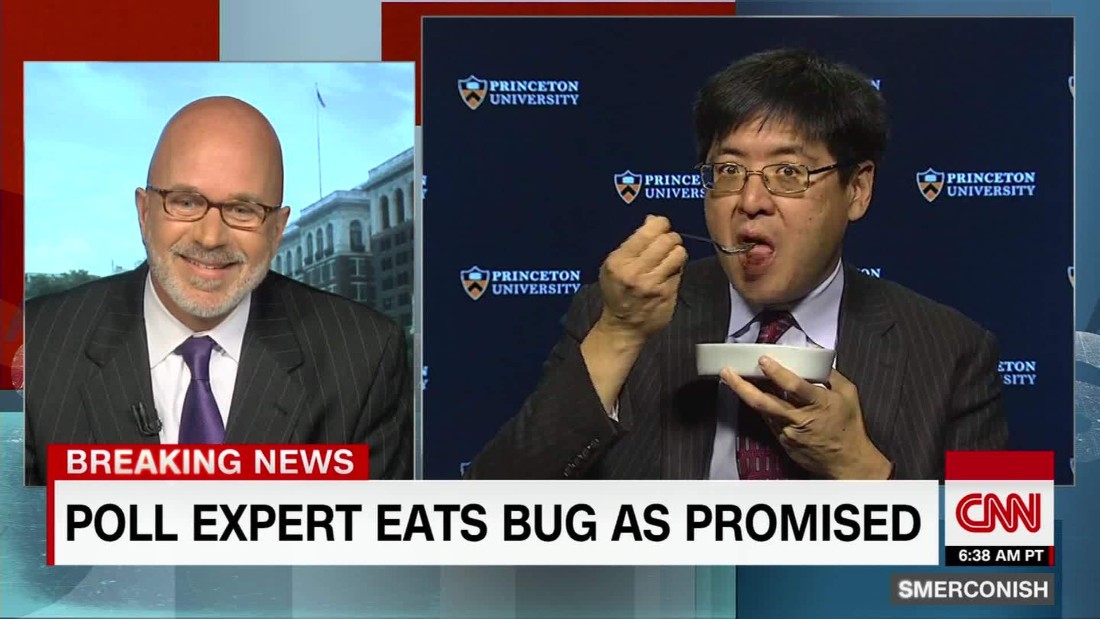